“Observation Status” vs. “Inpatient Status” – The Difference Could Cost You Thousands

Jerry’s wife, Deb, fell on their concrete patio, and she was rushed to the hospital. She had a nasty bump on her head, a few cuts, and a broken rib. She
spent 5 days in the hospital, and was then discharged to a skilled rehab facility. They worked with her for several weeks, and then out of the blue,
Jerry got a letter in the mail.

And it wasn’t just any letter – it was a bill for $24,000. How could this be? Doesn’t Medicare cover Deb’s medical bills?

It wasn’t until Jerry did some digging that he realized what happened. Deb was listed as “under observation” when she was in the hospital – not inpatient.

And that simple difference meant that Medicare wouldn’t cover any of the rehab facility bills.

This simple story represents the sad reality for over 600,000 individuals each year.

There are two problems that lead to this unfortunate ending for Deb and Jerry:

According to the Congressional Budget Office, Medicare is making (and has made) major cuts when it comes to hospital services, home health services, and
skilled nursing services.

Even if you’re admitted into the hospital and stay for several days, many hospitals are now listing patients as “under observation” instead of inpatient,
which means they’re technically outpatient.

And that simple distinction basically means that Medicare won’t pay for any subsequent care once the doctor discharges you to a skilled nursing facility,
a rehab facility, or perhaps even a nursing home.

Medicare only pays for skilled nursing care for those who were admitted to the hospital as inpatient for 3 or more days. So if you’re listed as “under
observation,” well, even if you’ve been in the hospital for 3 days or more, you’re suddenly responsible for all of your subsequent medical bills.

They were in the hospital for 3 or more days, but they were denied Medicare coverage because they were classified as observation status.

This short clip from NBC News tells the story of MJ who needed physical therapy after falling and breaking her leg.

What can you do?

While the general advice out there is to make sure you’re classified as inpatient rather than observation status, it may not be that easy.

First of all, hospitals are being pressured by Medicare to classify individuals as under observation rather than inpatient. And while it might be worthwhile
to get in touch with the administration to change your status, we know that this can get messy and complicated – and it can often go nowhere.

Both NBC News and The New York Times have reached out to Medicare for a statement, but they can’t respond due to pending litigation.

That’s right – there’s currently a class-action lawsuit for all Medicare recipients who have been hospitalized and received observation services as outpatients
since January 1, 2009.

The class-action suit argues that the current rules put pressures on hospitals to list more patients as “under observation” to save money – even though
the patients are receiving the same care as inpatients.

Matthew Shepard, Communications Director for The Center for Medicare Advocacy tells us: “The case has actually been in ‘discovery limbo’ for some time.”

He advises that anyone looking to join the case should do the following:

So where does that leave you? Should you just accept the fact that you could be liable for a medical bill that can cost tens of thousands of dollars? Should
you just hope that if this ever happens to you, the court will have come to a conclusion that protects your money?

This kind of risk is an insurable risk. A large medical bill could throw off your retirement plans and seriously impact your standard of living.

So, while we hope that the court will rule in the favor of Medicare recipients, the only surefire way to offset this risk is to insure it.

Here’s what we know: just because you stay in a hospital overnight does not mean you’re listed as inpatient.

If you’re not listed as inpatient, you’re likely listed as “observation status.” This simple difference makes a huge difference in what you’ll pay for
skilled nursing facility care through Medicare.

And even worse? The hospital will probably tell you’re listed as observation status, but there’s really nothing you can do to actually change it to inpatient.
So, you just sit and wait for the medical bill that you know will arrive.

There is a solution, and it’s called short-term recovery care insurance.

If you have short-term care insurance, it doesn’t matter how many days you’ve been in the hospital or whether you’re classified as inpatient or under observation.

This plan will pay you a daily benefit for each day that you receive care, and it covers skilled, intermediate, custodial, and assisted living care within
the base of the policy.

If those 600,000 individuals affected by the “under observation” status had short-term care insurance, they wouldn’t have been responsible for such a hefty
medical bill.

Here’s how short-term recovery works: you choose a daily benefit, usually between $10-$300 – let’s say you pick $200 per day – and for each day that you
receive care, the insurance company sends you a check for that daily benefit.

If that care ended up costing less than what you chose, you would pocket the difference, and if it were to cost more, you would pay the rest of the way.
In any case, you’ve offset the majority (if not more than) the cost of the care you needed.

The qualifications for the daily benefit to be triggered are:

With this type of policy, you also get to choose how long you receive benefits. Most of these short-term recovery care policies max out 360 days, but you
could also choose 90, 180, or 270 days (give or take).

Additionally, the plan has a restoration benefit if you are out of the facility for 180 days (though this benefit is subject to the state you’re in).

For example, let’s say you have a short-term recovery care plan with a benefit period of 90 days, and your chosen benefit is $200 per day. You broke your
hip and ended up needing 89 days of care in a skilled nursing facility. Your policy would pay you that $200/day for 89 days. And after 89 days, you
were recovered! You go home, and life goes back to normal.

But you’re very unlucky, and 7 months later, you fall and break your leg. You can actually dip back into your policy for an additional 90-day benefit period.
This is called a “restoration benefit.”

There are many perks to having short-term recovery care insurance, especially with this observation status qualm that’s costing so many individuals thousands.

We like to say that having some type of insurance to cover this risk is better than having no insurance – even though it’s insurance for a short term rather
than a long term, it’s much better than being completely exposed.

If you haven’t considered short-term recovery care insurance before, we’d highly encourage you to give us a call. We represent reputable insurance companies
that are A-rated, and we’d love to show you how we can offset the risk of unexpected medical bills.

Answered all my questions even when I asked them 2-3 times, discussed all my options but gave sound advice.
Customer since 2015 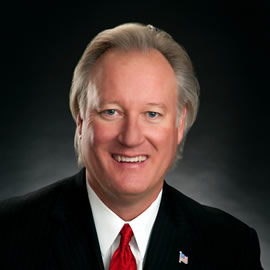