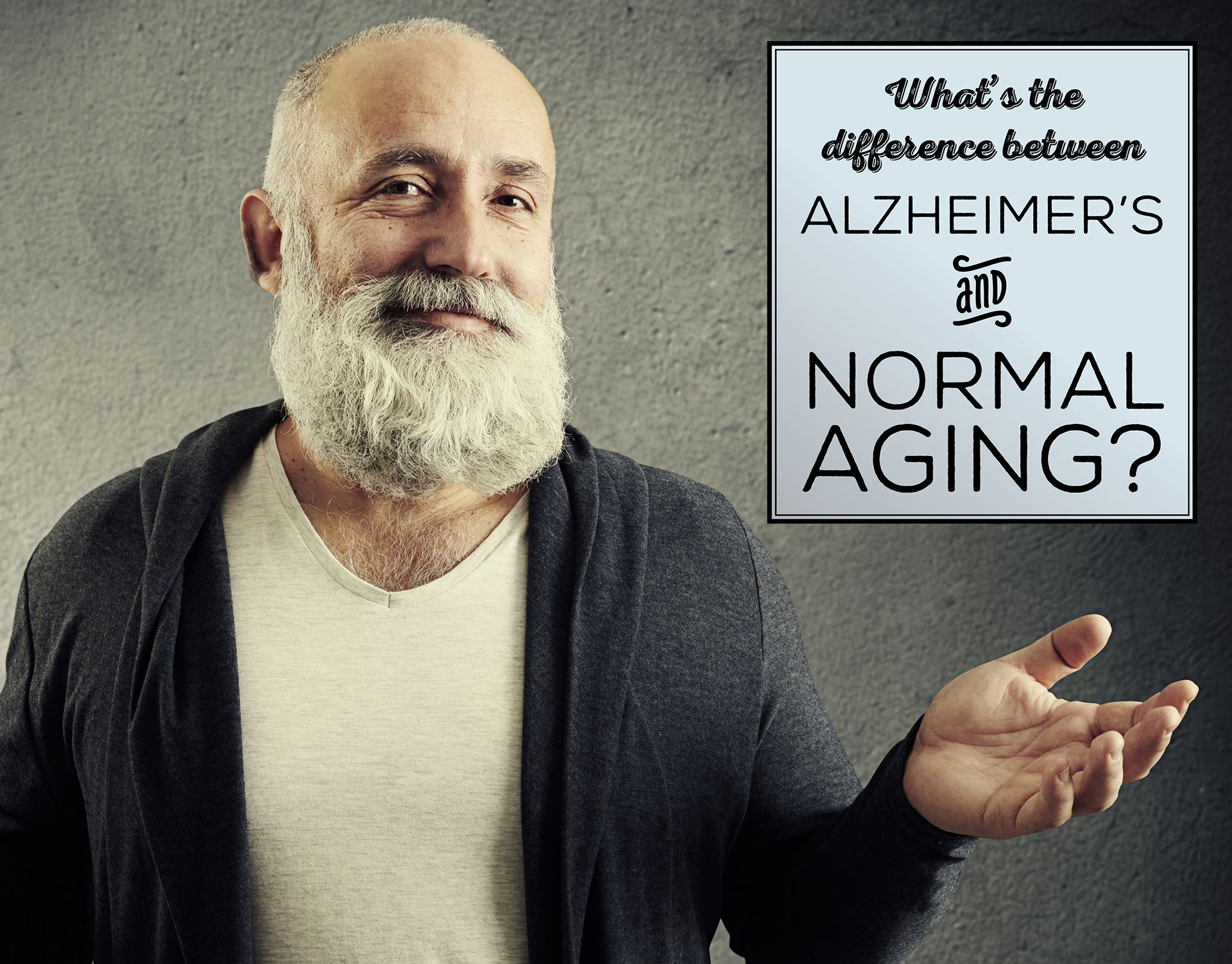 What’s the Difference Between Alzheimer’s and Normal Aging?

Memory lags don’t just happen to you – they happen to most of us (except for those people who seem to remember every detail about everything – you know who you are).

As we age, it’s normal to start wondering… is my memory getting worse in a normal way, or could I be developing dementia?

November is Alzheimer’s Awareness Month, and being aware of the signs of Alzheimer’s disease during this month is something we all can do. According to the Alzheimer’s Association, Alzheimer's is a brain disease that causes a slow decline in memory, thinking and reasoning skills.

So, what exactly is the difference between Alzheimer’s and normal aging?

It’s completely normal to forget things like someone’s name or your spouse’s phone number – only to remember them later on.

What’s not a normal sign of aging is to continually forget things on a daily basis.

Here are a few examples:

One that is quite easy to pick up on is the 3rd example: asking someone for the same information constantly. If you’ve ever had a family member with dementia, you know exactly what this is like.

When my own grandmother was in the early stages of dementia, it was very common for her to ask the same questions without realizing it. For example, she’d ask her grandkids, “When is your baby due?” or “Is the baby a girl or a boy?” – despite the fact that she had asked those questions three times that day.

Occasionally, she’d realize her mistake and would become embarrassed, but as dementia and Alzheimer’s progresses, that realization will fade.

It’s extremely important that you treat these family members with grace and understanding – do your best not to become frustrated, and simply answer the question (no matter how many times you already have).

2) A Recent Decline In Your Memory

Sudden changes in your memory are likely one of the most obvious signs of Alzheimer’s disease.

For example, if you’ve always had trouble finding your keys, it’s probably not a problem. But if your ability to find your keys has suddenly become this huge problem, it’s definitely something to ask your doctor about.

3) Losing Track of Time and Space

If you’ve ever encountered Alzheimer’s in a family member or a friend, this story probably sounds familiar. An elderly woman finds herself in an unfamiliar neighborhood, and she has no recollection of how she got there.

It’s completely normal to get confused about whether it’s Thursday or Friday, but when you start losing track of the date, what season it is, and where you are, it’s a sign of Alzheimer's disease.

Rick Phelps of AgingCare deals with dementia himself and explains that time is the biggest enemy: “When you have dementia, you are no longer able to negotiate time. Ten minutes can seem like an hour. A day can seem like a week.”

And that’s why individuals with Alzheimer’s can sometimes end up in places they don’t recognize. They’ve lost their sense of time and place, which can be both frustrating and scary at the same time.

It’s very common for those with Alzheimer’s to lose control of their speech. Sometimes, they might talk normally, but other times, they mumble sounds and phrases that don’t mean anything at all. They could be made-up words, or they could just be a collection of real words that don’t come together to make meaning.

This comes in the form of gibberish or even forgetting words often, which is called Aphasia. This is a language disorder that refers to deficits in language functions like speaking and naming common objects correctly.

Individuals that start having speaking difficulties will often call things by the wrong name – and often that name is made up. For example, they might refer to a fork as a “filt” or a quarter as a “mully.”

What’s so frustrating about aphasia is that most often, it doesn’t affect your intelligence – you can still think and remain mentally alert, but you just can’t express your thoughts.

An individual who is experiencing this wrote online: “ I have full cognitive ability and can write it but not verbalize, it feels like someone else is speaking for me. Can read to myself but open my mouth & I hear the wrong words, and frustration makes it worse.”

This video may give you a better idea of what one kind of Aphasia can sound like:

5) Losing the Ability to Retrace Your Steps

When we lose or misplace something, our first line of attack is usually retracing our steps. For many of us (at least myself), misplacing the cell phone is a multiple-time-a-day occurrence.

I had it in the kitchen, but then I folded some laundry, and did I have it on the charger? Oh, there it is!

For those experiencing Alzheimer’s, this process isn’t possible anymore. They can’t go back in time and rehash events. Sometimes, it even gets to the point where they forget they even lost the item, and they start accusing others of theft.

Over time, this progresses and happens more often. It’s completely normal to misplace things like your reading glasses (anyone? anyone?) or your cell phone, but it’s not normal if you can’t retrace your steps in some capacity.

6) Decline in Problem-Solving Skills and Ability to Plan

For those with Alzheimer’s, solving a simple problem or doing some basic planning is very difficult – if not impossible.

Forgetting an ingredient or making the occasional error is normal, but when things become very difficult or take a lot longer than they used to, that could be a sign of Alzheimer’s.

To get a better sense of how Alzheimer’s can affect your daily life, Alzheimer’s Weekly published the following video, in which two individuals experience 12 minutes in an Alzheimer’s simulation.

While we’ve outlined 6 common signs of Alzheimer’s here, the Alzheimer’s Association has published 10. Familiarize yourself with these warning signs as we observe Alzheimer’s Awareness Month.

If you want to have your or a loved one’s memory screened, you can do this for free via the National Memory Screening Program.‍

The Medicare Checklist for Ages 66+

Most Medicare info on the web is for those who are new to Medicare. But what about those of us who are seasoned consumers? There’s a few things to know, and this short guide will walk you through them. 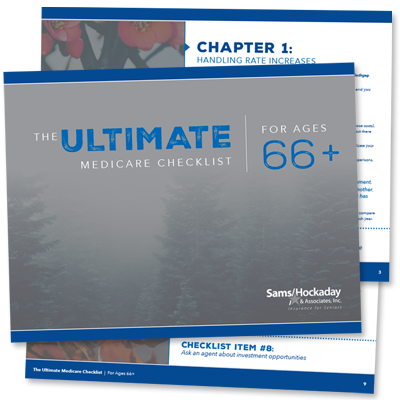 You are there the moment I need your expertise. I refer you to everyone I know, who is nearing retirement age.
C.S., Customer 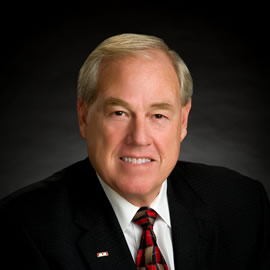 Insurance Agent
In 1983, D.R. started a small business; D.R. Roberts Photography which he and his wife, Ann operated for over 35 years. In 2010 he joined Sams/Hockaday. He has been active in being a resource and helping people with their health insurance needs. From 1983 to present, his focus to help, has been the most motivating purpose to go to work.
See Bio