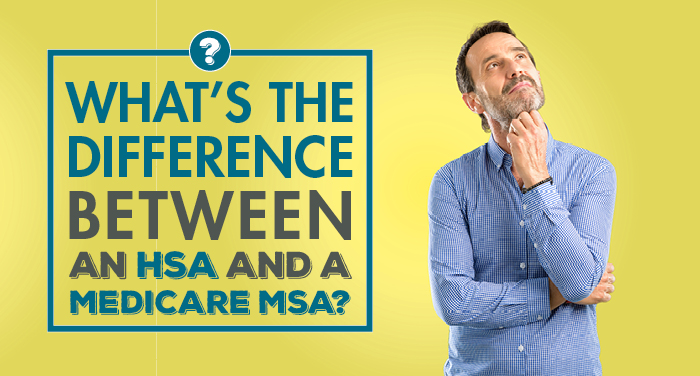 What's the Difference Between an HSA and a Medicare MSA?

You might have noticed that the Medicare Medical Savings Account sounds quite similar to the popular Health Savings Account, or HSA. They are structured very similarly, but the MSA has some pretty phenomenal perks that the HSA does not. Also, they’re for different age groups.

There are actually two kinds of MSAs – the Medicare MSA and the Archer MSA.

The Archer MSA is a predecessor to today’s HSA, but some people still have them.

What we’re really interested in today is the Medicare MSA, which is for individuals who are enrolled in Medicare.

Here are the four main highlights of the Medicare MSA:

The biggest deal about the Medicare MSA is that you’re given an annual deposit. That’s right – free money is given to you for qualified medical expenses.

There’s $0 premium, which can save you a ton of money, especially if you’re used to a monthly premium (which most of us are!).

This plan comes with a high-deductible, which in Decatur has historically been $6,700, but that can change each year. The interesting part is that once you hit your deductible, the insurance plan covers all Medicare-approved charges. There’s no coinsurance or copays after you hit that deductible.

In a way, you can think of your MSA deductible as your out-of-pocket maximum, since that’s the most you’ll ever pay in a year.

If you’ve ever had a high deductible health plan, you’re probably familiar with the Health Savings Account (HSA).

An HSA is a special savings account that can be used for qualified medical expenses, but you must have a high-deductible health plan (HDHP) to get one. The bonus of an HDHP is that it has a lower monthly premium than other health insurance options.

You’re paying out of your own pocket until you reach that deductible. Then, the insurance plan starts helping out. However, that doesn’t mean you’re off the hook – you still have coinsurance and copays.

As far as that HSA is concerned, the idea is that you put some money in there to help you with your out-of-pocket expenses. In 2019, you’re allowed to put in $3,500 to your HSA as an individual and $7,000 as a family.

HSA vs. MSA: What’s the Difference?

Now that we have a basic understanding of an HSA and an MSA, let’s look at how they compare.

5 Main Comparison Points for the HSA vs. MSA

The MSA Is an Easy Transition for Retirees with an HSA

There are 23 million HSAs in the United States today. For those of us in the back half of the Baby Boomer generation, we’re used to accepting some risk to get a lesser premium in this very volatile world of healthcare.

We’re also used to putting our own hard-earned money into an HSA.

By the time you add all that up, you’re looking at $18,000-$20,000 out of your own pocket before the insurance company pays a dollar. That’s why transitioning from an HSA to an MSA is such a beautiful and easy transition.

The MSA is $0 premium and will always be $0 premium (by law). You still have some risk – again, us Baby Boomers are used to that.

Plus the insurance company puts a deposit in our account on our behalf!

A lot of people are asking us if there’s a catch to this, and there really isn’t. In fact, many of the licensed agents in our own office are going to choose the MSA when they turn 65. That’s really saying something!

The HSA combined with the MSA makes for a perfect post-65 strategy.

Laura calls me before I need to call her. She takes care of my account as if she's family! I wouldn't go anywhere else. If I have a question, she gets the answer quickly and makes certain this answered my question. The best part is I feel she's always looking out for me.
J.M., Customer 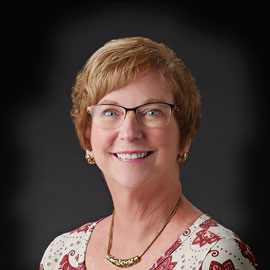