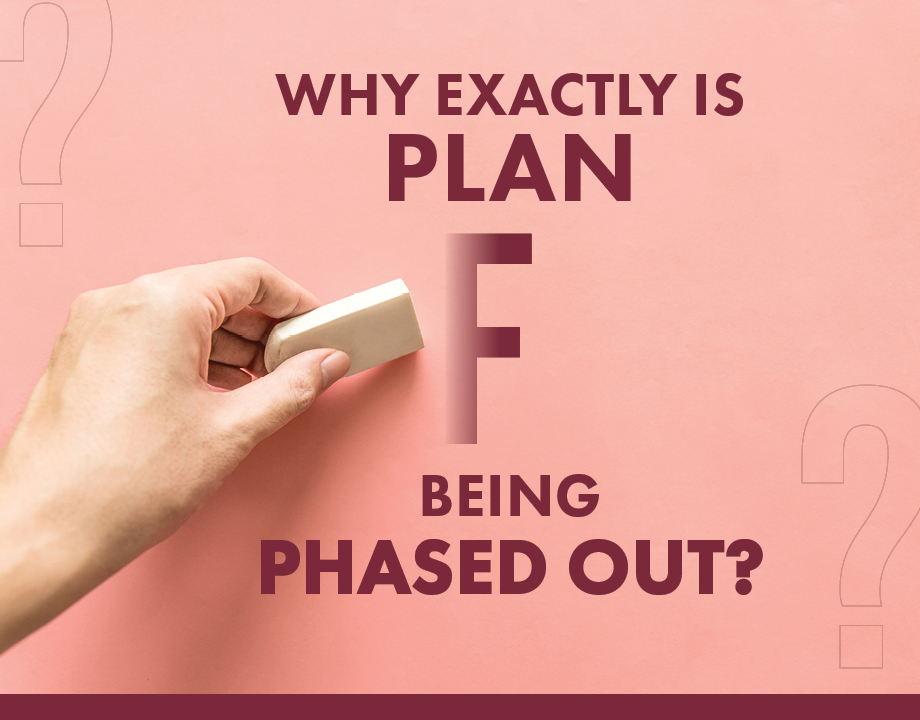 Why Exactly Is Plan F Being Phased Out?

In case you missed the news, Medicare Supplement Plan F is being phased out starting January 1, 2020.

If you currently have a Plan F, don't panic. You can keep your plan as long as you want. However, if you become eligible for Medicare after January 1, 2020, you can't purchase a Plan F. Your new go-to plan is Plan G.

So, Plan F is being phased out, but clients often ask us, "why?"

If you're curious about why Congress passed a bill to kick Plan F to the curb, you've come to the right place.

What Is Plan F?

As long as you have a Plan F, doctors and hospitals will never bill you for anything that Medicare Part A and B covers. No copays, no coinsurance, and no deductibles.

Sure, you're still responsible for things that Medicare won't pay for, such as hearing aids or acupuncture, but as long as Medicare covers the item or service, you're home free.

Most people appreciate the Plan F because you don't have to deal with reconciling bills from your physicians. Yes, you pay more money for a Plan F, but it takes away all of the headaches associated with doctor's bills.

How Does Plan F Differ From Other Medicare Supplements?

Plan F is different from every other Medicare Supplement because it has no deductible. Plan G, or the plan with the next highest coverage, does not pay for the Medicare Part B deductible.

The Medicare Part B deductible is the only difference between Plan F and Plan G.

However, that small difference is what caused a lot of discussion and controversy, and it eventually led to Congress passing MACRA in 2015, or the bill that is causing Plan F to be phased out in January 2020.

No Deductible Is Controversial

If you don't have any out-of-pocket costs when you see the doctor, that's called first-dollar coverage.

Critics of first-dollar coverage say that if going to the doctor is free, people will go more than they need to. That costs Medicare money, and it puts an unnecessary strain on the health system.

PNHP.org explains that according to a study by Direct Research, LLC, "Those with first-dollar or nearly first-dollar coverage had much higher spending than others [...]."

While spending may be initially higher if you have a plan with first-dollar coverage like a Plan F, there are certainly arguments in favor of it.

In layman's terms, if you go to the doctor more often, you're more likely to be healthier in the long run.

For example, a doctor may catch a lump in your breast during a preventative visit. That could lead to the detection of breast cancer, which, if detected early, can be treated much more successfully.

According to a 2016 study completed by Helen Blumen, Kathryn Fitch, and Vincent Polkus, it costs a lot less to treat cancer if you catch it early than if it's more advanced.

The argument for first-dollar coverage is that in the long run, it costs less because it encourages us all to go to the doctor more often, which keeps us healthier longer.

That put some pressure on Congress to make a move, so they turned to first-dollar coverage.

In sum, Medicare needs to find ways to save money quickly and doing away with Medigap plans that provide first-dollar coverage fits the bill.

If people stop getting preventive services, it could turn into more expensive treatments later on. Will Medicare pay the price in the long-run? Only time will tell.

What Will Replace Plan F?

There are times when you don't have to pass medical underwriting to qualify for a Medicare Supplement. For example, if you're in a Medicare Advantage plan and you move out of the plan's service area or if your employer group plan is ending.

In these situations, you have a 63-day window to choose a Medicare Supplement Plan A, B, C, or F without passing health questions. These situations are called Guaranteed Issue, or GI.

While you can choose between Plans A, B, C, or F, people usually choose Plan F due to coverage and availability. Since the Plan F will no longer be an option after January 1, 2020, what will replace it?

The answer is Plan G. Plan G will be the new go-to Guaranteed Issue plan.

What Should I Do?

After all of this hype about the changes coming to Plan F, you're probably wondering what you should be doing to prepare.

The simple answer is nothing. If you have an agent here at Sams/Hockaday, they're already looking out for your best interest.

They'll be keeping an eye on your existing Plan F if you have one. If there are significant rate increases, they'll work with you to find a better plan if possible. If you can't pass underwriting to switch companies, your agent will help you consider alternative options, such as Medicare Advantage or the Medicare MSA.

All-in-all, you don't need to worry. We have your back, and while this is a change, it shouldn't keep you up at night.

If you don't yet have an agent, please reach out to us, or even schedule your first appointment using our Online Scheduling System.

Very helpful in comparing the various products available on the market.
Customer since 2015 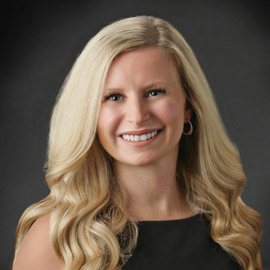