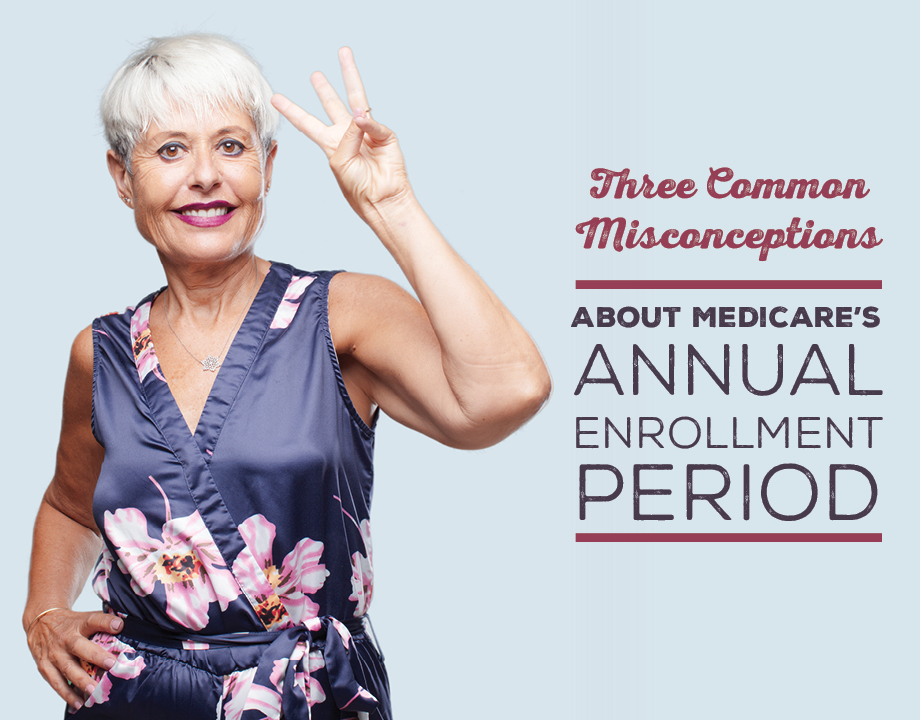 Medicare is confusing, so it’s no wonder that several misconceptions have arisen about the Annual Enrollment Period.

The Annual Enrollment Period (AEP) is the time of year when you’re allowed to change your health and drug plans. This time lasts from October 15 to December 7.

Over the years, we’ve consistently seen 3 common myths and misconceptions about the Annual Enrollment Period, and we’re here to clear up the misunderstandings.

Misconception #1: There’s no good reason to change health or drug plans during the Annual Enrollment Period.

The Annual Enrollment Period is actually an opportunity – not a burden. This is the only time of year, outside of special exceptions, when you’re permitted to switch your Medicare Advantage or Part D drug plan.

While switching might seem like a huge hassle, it’s really not a big deal, and you could end up saving yourself hundreds of dollars per year.

This misconception is widespread, as only 1 in 10 Medicare Advantage enrollees voluntarily switched plans from 2013 to 2014. Many don’t realize that shopping the Medicare Advantage market could save them an average of $17.51 per month, and it could lower their out-of-pocket limit by $401 on average. Plus, when you shop the market, it encourages the insurance companies to improve their coverage, because you’re increasing the competition.

You can do some price shopping yourself by using Medicare’s Plan Finder tool. However, if you prefer us to do it, we offer this service free of charge.

Get a free health plan review by a licensed agent

As far as drug plans are concerned, it’s very important to do a drug comparison. Medicare Part D plans are allowed to change their formularies – even during the year – which means your prescription drug could be dropped from your plan at any time.

If any of your drugs aren’t covered, it could be at a massive cost to you – especially if any of them are brand-name only drugs. Brand name prescription drugs have been rising in price at about 14 times the average rate of inflation since 2012.

There is quite a list of brand-name drugs that don’t have a generic equivalent. If you’re on any of these drugs, it’s of paramount importance that you do your best to get a drug plan that includes it in their formulary.

The bottom line is that drugs can all but ruin your financial stability if you don’t take care to reevaluate your drug plan each and every year.

In addition to formulary changes, your current drug plan can change the deductible, copayments, and coinsurance as they wish. If you stick to your current carrier without even looking at what else is out there, you might be paying much more than you need to.

Seeing what’s out there is as easy as contacting our office. You have nothing to lose, and lots of savings to potentially gain!

Misconception #2: I can only change my Medigap policy during the Annual Enrollment Period.

The Annual Enrollment Period is the time when you’re allowed to switch or make changes to your Medicare Advantage plan or your Medicare Part D plan.

Your Medigap policy (also called Medicare Supplement) is not affected by the Annual Enrollment Period at all. You are allowed to switch Medigap carriers at any time during the year. However, you will most likely have to pass medical underwriting to do this unless you qualify for a special exception.

So, the point here is that you can change your Medigap policy during the Annual Enrollment Period, but you can also change it at any point throughout the year as long as you can pass medical underwriting questions.

Misconception #3: There’s no reason to sign up for a drug plan if I don’t take any prescriptions.

Last but not least is the misconception that you should only pay for a Part D drug plan if you’re taking prescriptions.

If you choose not to carry a Part D drug plan when you become eligible, you will start incurring penalties. This happens if you go without Part D or creditable prescription drug coverage for any continuous period of 63 days or more after the end of your Initial Enrollment Period (IEP).

The penalties aren’t that bad, but they do add up over time.

The way the Part D penalty works is that each month you go without coverage, you’re penalized 1% of the national base beneficiary premium. That averages out to be about 35 cents or so right now, but The Centers for Medicare & Medicaid Services (CMS) explain that this can change every year depending on what the national base beneficiary premium is. It shouldn’t change drastically though – likely just a few pennies if things continue as they have been.

If you do the math, two years with no drug coverage would tack on an extra $8.40 to your monthly premium.

That penalty does not go away – you pay that extra premium for the rest of your life.

If you’re not too keen on having the penalty, it may be a good idea to maintain a drug plan. You never know – it could come in handy!

The second reason to sign up for a drug plan even if you don’t take prescriptions is this: there’s only one time a year when you’re allowed to sign up for a Part D drug plan. That’s during the Annual Enrollment Period from October 15-December 7.

If you miss that window, you’re out of luck until the following year.

Prescription drugs can be VERY expensive if you don’t have any insurance, and if you are prescribed an expensive medication in the middle of the year, you will have no choice but to pay for it out of pocket.

We find that most seniors – about 90% to be exact – opt to carry a Part D drug plan because of these reasons. They are not expensive to have – the lowest monthly premium for a 2020 plan in Decatur is only $13.20. (Humana Walmart Value Rx or WellCare Wellness Rx).

While the lowest premium isn’t always going to mean the lowest out-of-pocket costs for the year, Part D drug premiums aren’t going to break your bank.

Don’t miss out on the opportunities to save money during the Annual Enrollment Period. It only comes once per year!

This easy-to-understand list for the Annual Enrollment Period will help you save money, ensure your benefits are the best they can be, check that your doctors are still in network, & more.

You are always very helpful when we need you
Harrell E., customer since 2013 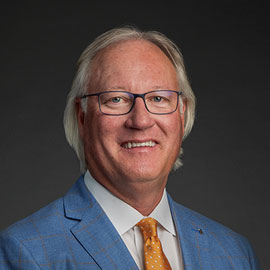