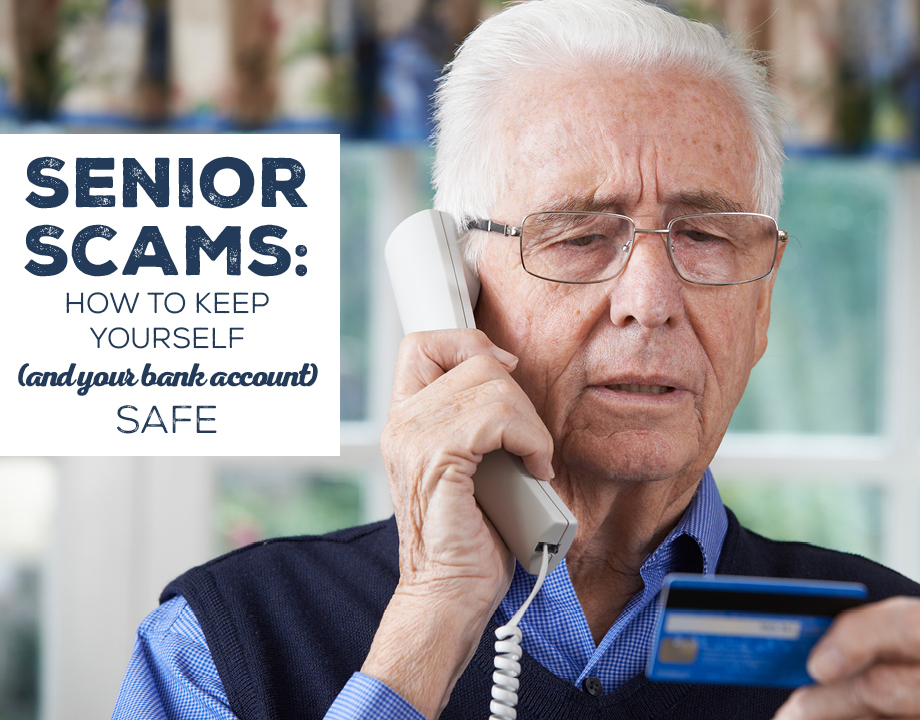 Senior Scams: How to Keep Yourself (And Your Bank Account) Safe

Nowadays, scams seems so real that it’s hard to tell what’s fake and what’s not.

How can you tell if an email is a scam? What about texts or phone calls?

We’ve spoken to families who have been traumatized by scams targeted at seniors, and we have some tips to keep you and your bank account safe.

Why Are Scammers Targeting Seniors?

We’ve all seen spammy emails, and perhaps you’ve even received a fake phone call. But why have seniors suddenly become the biggest target for scams?

In fact, the National Council on Aging even says that senior scams have been called the “crime of the 21st century.”

There’s been everything from phony callers claiming to be Medicare officials to what’s been called the “grandparent scam.” If you haven’t heard of the grandparent scam, it goes like this.

The scammer calls an older person, and says, “Hi Grandma, do you know who this is?”

The grandparent guesses the name of the grandchild that sounds most like the caller, and the scammer immediately establishes a fake identity. These calls usually end in a plea for money, and many seniors fall for it unwittingly.

So why are seniors being targeted?

The FBI suspects that seniors are a target for the following reasons:

It’s advised that if you’re over 60, and especially if you’re an older woman living by yourself, you should be constantly aware of scammers.

Common Scams to Be Aware Of

There are so many different kinds of scams going around that we could write a full book on the subject. However, we’ve spoken to a few individuals who have seen senior scams first-hand, including Dan, whose parents were plagued by scam after scam.

“My parents were the victims of every possible scam you can imagine,” says Dan of Chevy Chase, MD.

They were subject to telephone scams, in-person scams, and also email and mail scams.

Dan continues, “My father is from India, and one of his ‘friends’ asked him for $600,000. I just happened to be there visiting my parents on that day.”

Dan asked what the money was for, and the man said he wanted to build a house for his family. “I asked him how big this home was going to be, and he said it would be 5,000 square feet. He only has 4 people in his family.”

Dan looked him up on the internet, and he found a lot of criminal and civil judgments against him. “I was so furious that I threw him out of the house.”

There were also other people trying to borrow money – some with success and some without.

“My dad got this email saying he won some money, and they asked for $75 for a processing fee. He was glad to send that. I intercepted the envelope and threw it away, and I keep trying to tell him that these are scams.”

Dan told him to just look these people up on the internet, but his father said he didn’t know how to do that. “He was furious at me for intervening,” Dan recalls.

But the story doesn’t end there. Dan continues, “My dad got a letter saying he had some money left to him by Hiroshi Ninan. Now this is hilarious – I fell on the floor laughing when I read this. My dad is from India and my mom is from Japan. Hiroshi Ninan is an attempt to make up an Indian Japanese name. And my dad believed that, too.”

Dan’s parents also got tons of phone calls, from people saying they won a prize to people who said they could get a lower interest rate for their credit card. “I have records of hundreds of these calls. Sometimes they even have the same area code as my parents to make it seem like they’re from the area. But that’s just another way these people scam.”

The callers were after their parent’s credit card numbers. His parents, like many older people, were subject to scams all day, every day.

After all of the scams, Dan and his sister got together to protect his parents from believing yet another scam.

Nader Tehrani, a Chartered Professional Accountant (CPA), works with many seniors on a daily basis and notices many scams that target them.

One that seems to pop up all the time is a scammer who claims to set up a Registered Disability Savings Plan (RDSP) for the individual. This is a program that helps Canadians with disabilities to save for long-term financial needs.

The scammers claim that they need $2,000-$3,000 to set up the account, but setting up an RDSP account is free. Nader explains, “Many of my clients have been shocked to find out that these services are free and that they didn’t have to pay.”

Another common scam Nader sees is fake calls from the Canada Revenue Agency – in the US, we see similar scams from the people pretending to be the Internal Revenue Service.

The scammer says there’s an unpaid debt, and if the debt isn’t paid immediately, the police will storm their home, they’ll face jail time, or worse.

Nader says, “I have seen numerous clients sitting across my desk and shaking and almost crying because of these threats and scary phone calls. For the next tax season, we are planning to include a letter with every tax return to advise them not to take these calls seriously and to forward that call to us immediately.”

How to Avoid Scams Altogether

As for Dan, he started forwarding all of his parent’s mail to his sister’s house. “My sister could then filter out all the scams from my parent’s mail before dropping it off at their house.”

Dan also got the password to his dad’s email account. “I would periodically check that to filter out scams and make sure my dad wasn’t falling for any fake emails.”

Another way Dan protects his parents is by forwarding their phone number to his Google voice number. “I listen in on any scam attempts to get my parent’s credit card information.”

Lynette Whiteman, Executive Director for Caregiver Volunteers of Central Jersey explains, “It's really important that family members talk to their older parents about this, especially if there is a diagnosis of dementia or memory issues suspected.”

Even if your parents are perfectly fine – as in Dan’s case – Lynette advises you to coach up your parents so that they’re aware of these scams. She advises to:

💬 Have you or your loved ones been the victims of senior scams? Share your experiences in the comment section below, and include any advice for staving off the scammers.

Appreciate that I can trust Jack Moore to be honest in investing my money.
S. R., Customer 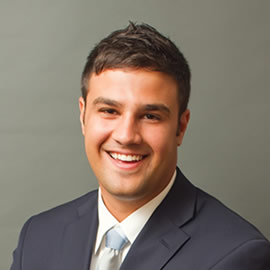